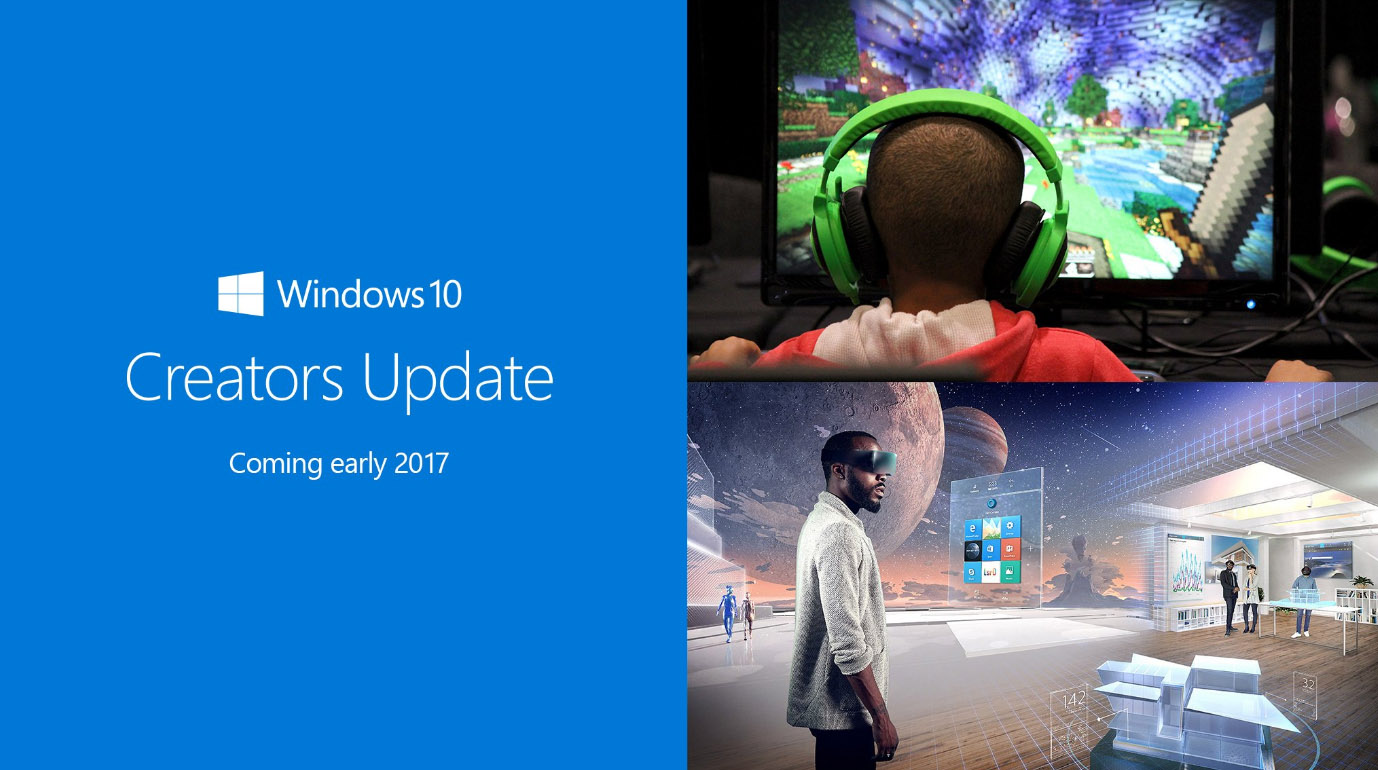 With the Creators Update, Windows 10 leaps forward in 3D capabilities, providing the full arc of functionality from creation to sharing, viewing and printing.

Microsoft continues its bid to bring mixed reality into the mainstream, not only with the Microsoft Hololens, but also for third party headsets.

Securing and Empowering Your Business

While much of the hype about Windows 10 Creators Update focuses on 3D and gaming, Microsoft has included a host of offerings in the update to appeal specifically to business users, including key advances in security and productivity.

As with all Windows 10 updates, the Creators Update will be available free to current Windows 10 users. Industry buzz anticipates a general release date in April. For those who have yet to upgrade to Windows 10, this new update provides a perfect opportunity to capitalize on improved performance, as well as new features for design and collaboration.

Upgrading to a new operating system for dozens or hundreds of users in a business environment can cost both time and money. For organizations ready to upgrade to Windows 10, eMazzanti Technologies can help them minimize the cost and potential risks and make the most of available features.