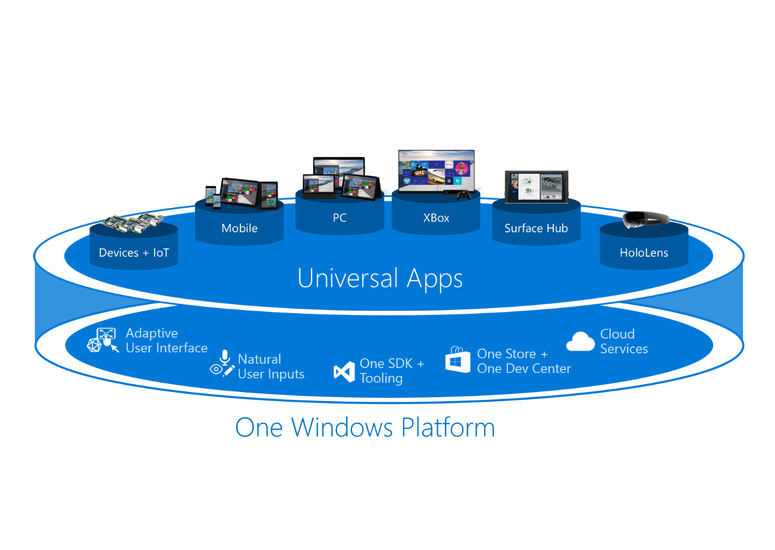 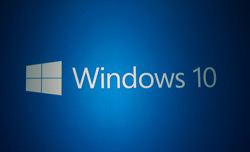 On March 2, 2015 at Mobile World Congress in Barcelona, Microsoft took the wraps off of their Windows 10 developer platform strategy and universal app platform, bringing into clearer focus how the Windows 10 ecosystem will operate. The announcement has implications now for developers and down the road for small and mid-size businesses (SMBs), eMazzanti’s primary customer base.

In a Microsoft blog post dated March 2, 2015, Kevin Gallo, Director of Windows Developer Platform at Microsoft shared these details in a “first look” at the new Windows universal app platform.

Gallow cites evolving user preferences as a driving force for the convergence of Windows into one core and one developer platform. He says users want “experiences to be mobile across ALL their devices” and to use whatever device is most convenient at the moment. The preference shows up in overlapping top Store searches across device types.

Gallow explains how everything works together by telling us that the universal app platform is at “the heart of Windows 10” in addition to a number of in-box apps, the Windows Store, and the ‘Project Spartan’ browser. It’s an impressive package that Microsoft has created to attract more developers and enhance the appeal of Windows 10, expected later this year.

With this announcement, Microsoft is also showing that it listens to developers. The announced intention that Windows 10 will continue to support existing Windows apps and desktop applications on the devices for which they were developed means that developers will be able to extend their existing investments in code and skills.

Finally, a number of Windows 10 advances for the web will help integrate websites into the universal app ecosystem. Windows 10 will make it easy to package and publish a website to the Store as a web app. A new rendering engine will work across platforms and, not surprisingly, the ‘Project Spartan’ browser is a Windows universal app itself.

It’s not hard to imagine the benefits that will accrue to SMBs down the road as Windows 10 and the universal app platform gain momentum. If the platform attracts a large number of developers, as anticipated, then a wide variety of apps to benefit SMBs will soon appear with the attraction of cross-platform operability.

Undoubtedly, app generators will be created that allow a business to easily build and maintain one “app” as their website, mobile, and tablet customer portal. Custom apps for SMBs will also be easier to create. Businesses that take advantage of such capabilities will be able to attract more business due to a consistent user experience across all devices, something surveys reveal that customers want.

Other capabilities that we can’t yet imagine are sure to come as well. They may include new ways to interact with products on devices, creating a more immersive, personalized customer experience that follows the customer across all devices, from their office desktop to home tablet to smartphone to in-store electronic display.

New types of interactions with IoT devices will make our lives, possessions and work environment all more connected. Opportunities for SMBs to profit from IoT technology will likely increase. From this announcement, it appears that Microsoft wants to be at the center of our connected world.

Perhaps the most significant benefit for SMBs is the equalizing effect the universal app platform could have an on small and large businesses. By standardizing the user experience across devices it will become easier for the smaller players to look and interact with customers like their bigger competition. That’s a boost that every SMB CEO can appreciate.

eMazzanti is ready to show business leaders how modern Windows technology and productivity tools will open up new growth opportunities for companies. Improve productivity and flexibility by taking advantage of our Microsoft technology expertise and managed IT services. To explore the options, please contact eMazzanti Technologies at [email protected] or call 1-866-EMAZZANTI.

At eMazzanti Technologies, we’re not satisfied to simply meet industry standards—we aim to smash them. And for over 18 years, we have.

From lightning fast response times to the friendliest support team you’ll ever speak to, we like to go the extra mile for our customers. Our engineering expertise is matched only by the enthusiasm of our engineers, and there’s nothing they love more than solving something that’s been irking you or supporting your business as it scales.