“Generali is a more competitive organization from having met eMazzanti. Our investment in infrastructure and eMazzanti’s reliable disaster recovery as a service (DRaaS) solution will allow us to expand our organization and breadth of accounts, improving our prospects for 2015.”

Mauricio Caneda, the CIO of Generali, US Branch (Generali) enjoys less down time, reduced costs and greater peace of mind after implementing eMazzanti’s disaster recovery as a service (DRaaS) solution built on Azure Site Recovery (ASR). Infrastructure upgrades and the latest Microsoft productivity tools from eMazzanti have also simplified operations and improved service for customers, enhancing opportunities for growth in 2015.

Since 1952, Generali U.S. Branch (Generali) has been at the top of their game, delivering a wide range of insurance products and services and looking for ways to provide better service for their patrons. Aging infrastructure and a multi-point disaster recovery solution that was implemented following 9/11 recently became the focus of improvement efforts.

To restore, the IT staff had to send tapes to their Kansas City co-location facility. “We experienced three to five days of down time to bring up just part of the system,” stated Mauricio Caneda, CIO. Disaster recovery times needed to improve to reach the level of service Generali sought to provide. 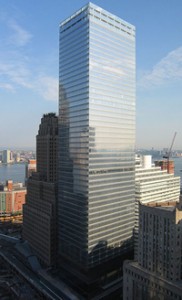 Since it was impossible to test Generali’s existing disaster recovery procedures completely, Caneda didn’t know if they would work reliably. Located in the World Trade Center, their data carrier’s infrastructure lay underground. Consequently, being next to one of the world’s largest construction sites further increased Caneda’s desire to procure a more reliable disaster recovery solution.

When the Kansas City operation was sold, Generali couldn’t justify the costs associated with another co-location facility. They also sought to prevent future changes to their disaster recovery plans due to factors outside of their control. “We wanted to avoid having to buy the hardware and the problems with colocation,” explained Caneda.

Since their Exchange Server was located at the Kansas City facility, they also had to decide between setting up a local exchange server or Office 365. “We are a Microsoft shop, and have had very good results,” stated Caneda. “After researching the options, we decided to go with Office 365.”

In 2013, Generali inquired through Microsoft about Office 365 and were referred to a handful of Microsoft partners, including eMazzanti. Immediately, Carl Mazzanti, CEO, started a conversation about sticking to a single vendor, single partner solution.

“We explained that eMazzanti is a Gold partner, and two-time Microsoft Partner of the Year, and that Microsoft would pay attention to them with a tech partner so focused on Microsoft technologies,” stated Mazzanti.

eMazzanti invited Generali to visit their Hoboken, NJ offices and went to Generali to meet with them as well, securing the account. “We decided to go with eMazzanti because of their responsiveness and their desire to work with us,” explained Caneda.

Over the next two years, eMazzanti’s trained and certified engineers worked closely with Generali to upgrade their productivity tools and office infrastructure. “Once we got the collaboration tools current with Office 365, the focus shifted to migrating to Windows Server 2012 R2 from Windows Server 2003, and to Hyper-V from VMWare,” related Mazzanti.

Disaster Recovery as a Service

Recently, eMazzanti’s disaster recovery as a service (DRaaS) solution that incorporates Azure Site Recovery (ASR) surfaced as a solution. Caneda tapped eMazzanti for disaster recovery based on their excellent track record. “We got creative about their setup,” stated Mazzanti. “As a well-regarded, long-time Microsoft partner, we applied that knowledge to thinking about the ways of solving their problems.”

eMazzanti used their connections to access Microsoft resources through the ASR Technology Adoption Program (TAP), which provided additional resources and benefits to early adopters, including engineering, support and education from Microsoft. “We are ahead of the curve with ASR deployment worldwide,” stated Mazzanti.

The DRaaS setup will allow Generali to do a managed failover to ensure successful recovery. “eMazzanti’s DRaaS  not only makes a test possible, it makes it a reality,” stated Caneda. “We will do two tests per year.”

The eMazzanti DRaaS solution eliminates three to five days of down time for Generali employees when they experience a system failure. “We can bring up the entire operation and everything the employee needs in less than a day,” explained Caneda. “When our clients need us the most, we are ready to service them and help in any way that they need.”

In addition to increasing uptime, eMazzanti’s DRaaS solution has cut disaster recovery costs significantly. “Our cost savings is in the range of 60-65%,” stated Caneda.

Generali considers eMazzanti’s DRaaS and the ability to recover quickly from a system failure with no data loss to be the ideal solution. “We’re growing fast but are comfortable and confident that we can service clients in the way that we want to now,” stated Caneda. “That gives us peace of mind.”

Working through the Azure TAP program eliminated the need to install Microsoft System Center. Going with a Microsoft solution from eMazzanti also resolved some issues that were difficult to pin down. “We eliminated some stability challenges with VMWare by going to Hyper-V,” explained Mazzanti.

eMazzanti’s attention and expertise have guided Generali through a successful infrastructure upgrade and the implementation of a faster, less expensive and more comprehensive disaster recovery solution. The changes have improved collaboration and ensured dependable service at critical times.

“Like our customers, we believe in continuity and communication,” related Caneda. “Working with eMazzanti and Microsoft allows us to do both well.”

Generali’s investments in infrastructure and disaster recovery, guided by the experts at eMazzanti, have allowed them to look at drastically expanding their organization. Now, with funding and a plan for growth, the success of the eMazzanti partnership has broadened their opportunities considerably.

Established in 1952, Generali U.S. Branch is the U.S. representative office of Assicurazioni Generali, S.p.A.  They provide a wide range of insurance products and services and work closely with companies within the Generali Group and their multinational clients. Their 60 employees operate with all Microsoft Windows-based software, including a hosted insurance application. 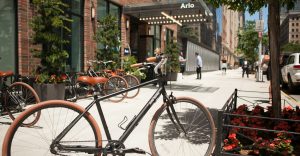