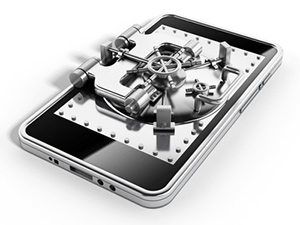 In today’s IT environment, data breaches are a constant threat. According to Gemalto’s 2015 Breach Level Index, last year 1,673 data breaches around the world led to 707 million data records being compromised. And though email has come a long way over the last decade, it’s still one of the greatest threats to data security.

We don’t have to look far to see what kind of damage hackers can do when a business does not ensure secure email. In what’s being called “the biggest leak in whistleblower history,” the Panama Papers hack made international headlines last month. This hack enabled 2.6 TB of data to be stolen through the email servers of Mossack Fonseca, a legal firm based in Panama City.

The stolen data gave information about offshore bank accounts and shell companies used by prominent people worldwide to avoid taxes or conceal their wealth, according to “The New York Times.” The hacker then communicated with a German newspaper regarding the confidential files, expressing his or her interest in exposing the data. Once the newspaper realized how much data was involved, it contacted the International Consortium of Investigative Journalists, which has coordinated other tax haven mega-leaks in the past. Together, they released the information to the public.

So how did the hacker get access to the legal firm’s email servers in the first place? According to ITPro, security and privacy expert Christopher Soghoian ran a test showing Mossack Fonseca did not follow Transport Layer Security (TLS) protocols for email encryption. Whether you believe the Panama Papers leak was a good or bad thing, a more important question remains: What can IT security professionals learn from this?

Don’t let your organization become one of 2016’s data casualties. Do everything possible to avoid Mossack Fonseca’s fate and protect your—and your customers’—sensitive information through top-notch email security.