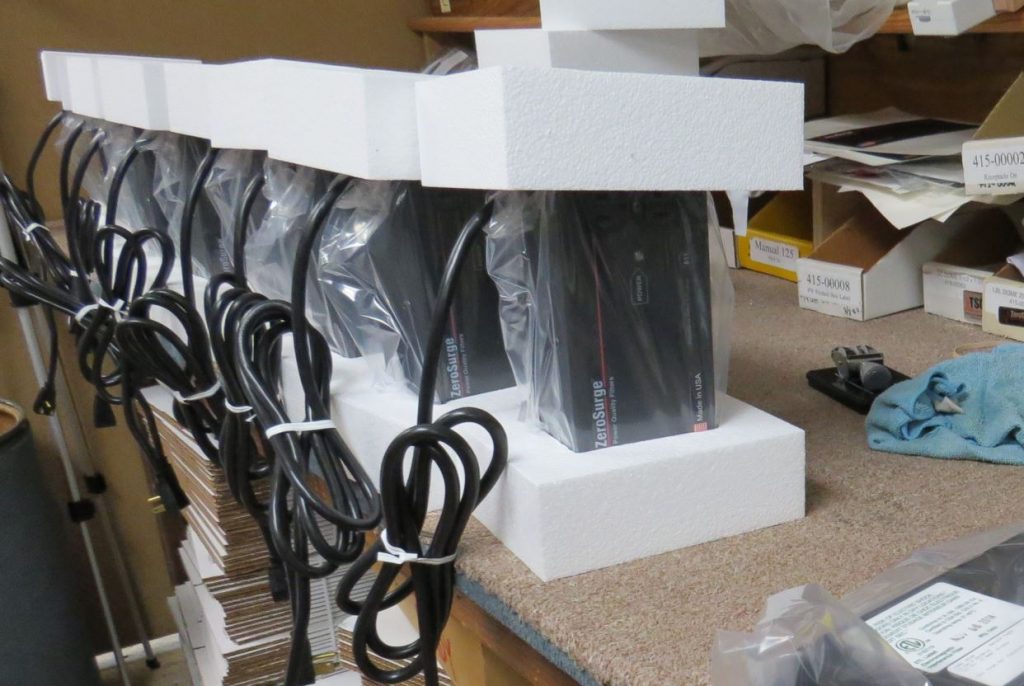 “Carl is like a very good maître d’. He wants to make sure you get the best table and that you have good service. We got the project completed quickly and the quality of the work is good.”
Jim Minadeo, President, Zero Surge

Zero Surge’s power quality products have been protecting sensitive electronics since 1989 with no incidents of surge failure or fire. After meeting staff at a New Jersey Manufacturing Day, CEO Jim Minadeo engaged eMazzanti’s digital marketing team to add features and fix problems with their website, zerosurge.com. The team quickly added a newsletter subscription option and essential flexibility to the site, helping the company fill its sales funnel more effectively. Impressed by the team’s responsiveness, skill and friendly manner, Minadeo now recommends eMazzanti to other business leaders.

Jim Minadeo, President, Zero Surge, started his career as a lab tech doing analytical chemistry. After testing scientific instruments for HP and other technology ventures, he bought Zero Surge in 2014. At the time, the company catered mostly to high-end customers who needed the best surge protection.

“We manufacture surge protection that is different than everybody else’s,” related Minadeo. “Other surge protectors all use the same voltage-monitoring technology. The current may surge independent of voltage—something our superior technology handles easily.”

Zero Surge had previously used a company in South Jersey to modernize its website and make it responsive. When completed, the site lacked flexibility.

“The experience wasn’t the best,” related Minadeo. “We thought we were getting another WordPress site, but they hard-coded so many things, that it wasn’t easy for us to change it.”

Minadeo received brief training over the phone, but it wasn’t enough. “We got some minor support,” he stated, “But after that, they didn’t respond to our training requests.”

Later, Carl Mazzanti visited the Zero Surge facility in Frenchtown, New Jersey. “He ended up staying about six hours,” remarked Minadeo. “He wanted to know everything about everything. Meanwhile, Donna had a sidebar discussion about the website and some of the issues we had experienced.”

The attentiveness of the eMazzanti staff and the company’s organized follow-up system impressed Minadeo. “It just seemed like they are more likely to solve problems and follow up if we had questions. It’s a feeling you get when you’re dealing with them.”

“Carl actually put our phone call in as a ticket,” he added. “So, if there’s something that’s going to happen, or you need something, it’s tracked, so you know that it will be handled. It’s impressive that they actually did what they said.”

Minadeo wanted to add a popup on the home page that would request an email address for the Zero Surge newsletter. He also desired to create several template pages, so his staff could easily upload new content and enable new features or tabs.

The project didn’t take long, about two weeks total, Donna briefly interacting with a main contact on the team and the technician who did most of the work.

“We enjoyed working with the eMazzanti digital team,” stated Minadeo. “They got work done when they said they would. And when we’d ask them to tweak something, they didn’t give us an excuse why they didn’t do this or that.”

eMazzanti’s website team also fixed some recurring errors on zerosurge.com. “One was related to the https certificate,” explained Minadeo. “They helped me solve that one.”

Throughout the project, Minadeo found that when you call eMazzanti, you aren’t playing voicemail tag. “They’re very responsive—send you an email quickly,” he related. “You’re never wondering where they are.”

Both relationship and technical issues were resolved promptly and pleasantly. “Nirvan and the eMazzanti digital team are nice people to work with,” confirmed Minadeo. “They’re not snobby about their abilities. It’s got to come from Carl. He’s going to take care of you for as long as you know him.”

The changes made by the eMazzanti website development team enabled Zero Surge to increase the effectiveness of its marketing, creating the ability to capture more leads.

“We’re able to fill our sales funnel better by refining our marketing,” stated Minadeo. “Once it started, we were surprised by how quickly we were getting people to sign up for the newsletter.”

Great Work with a Smile

Pleased with the results, Minadeo speaks highly of the eMazzanti team. “We got the project completed quickly and the quality of the work is good,” he stated. “They had the right skills to solve our problems.”

“They’re friendly and very knowledgeable at the same time,” he continued. “They know how to go back and forth between customer service and technician in the same phone call.”

Minadeo has and will continue to recommend eMazzanti to other business owners but has some advice. “It helps to know what you want to do,” he concluded. “Carl doesn’t do things halfway. Do a little research ahead of time before talking to him, because they have so many tools in their tool belt.”

“It’s like going to Home Depot. You could spend hours and then forget why you came. The fact that they do so many different things is nice. You just come back for second helpings.”