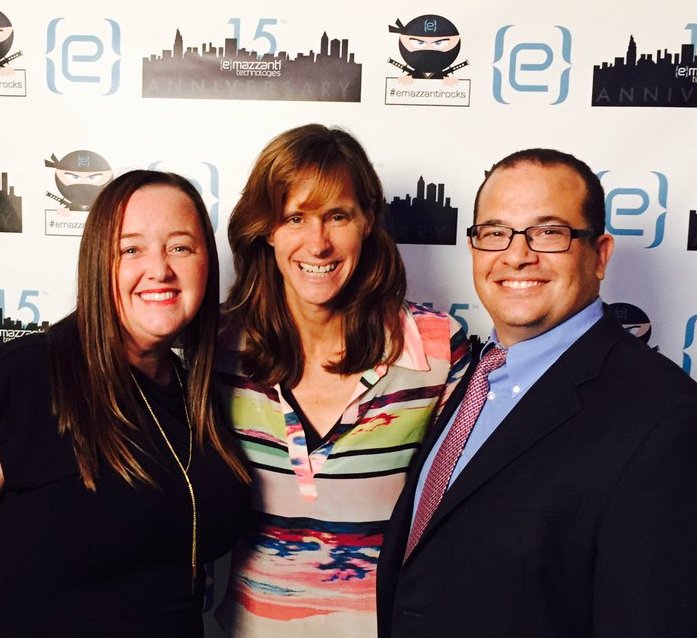 The presentation took place at eMazzanti Technologies’ 15th Anniversary Spectacular for customers, employees and vendors at a trendy Manhattan rooftop on Thursday September 15, 2016. Mayor Zimmer was on hand to personally present the proclamation to co-founders Carl and Jennifer Mazzanti.

“Our customers facilitated 15 years of growth by staying with us through good times as well as bad,” stated Carl Mazzanti, CEO, eMazzanti Technologies. “By recognizing eMazzanti, Mayor Zimmer also acknowledges them as partners in the success of the community.”

Below are a few excerpts from Mayor Zimmer’s proclamation:

“WHEREAS on August 30th, 2001, Carl and Jennifer Mazzanti founded eMazzanti Technologies, an IT company specializing in computer network security and disaster recovery solutions; and…

WHEREAS eMazzanti Technologies has been on the Inc. 5000 list of fastest growing private companies for seven consecutive years, has grown to nearly 100 employees, and expanded to a second office in Seattle, Washington in 2015 and a third office in Guatemala in 2016; and

WHEREAS throughout years of tremendous growth, eMazzanti Technologies has proudly kept their headquarters in Hoboken, servicing many of Hoboken’s local businesses, and employing staff which is primarily from Hoboken and Hudson County;

Rounding out eMazzanti’s consistent growth and economic commitment to the city of Hoboken, the company also lends support and leadership to local chamber of commerce organizations and the New Jersey Institute of Technology (NJIT).