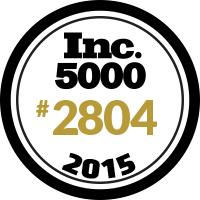 “Companies have a choice where they spend their hard earned dollars,” stated Mazzanti. “Fourteen years running now, our customers have voted with their funds to recognize eMazzanti’s outstanding service and support. Making the Inc. 5000 list for the sixth time is icing on the cake.”

“Only a tiny fraction of the nation’s companies have demonstrated such remarkably consistent high growth, particularly in the difficult economic environment of the past few years,” writes Eric Schurenberg, President and Editor in Chief, Inc. Magazine, in a letter to eMazzanti Technologies. “This achievement truly puts you in rarefied company.”

In making the list six consecutive years, eMazzanti also earned the Inc. 5000 Honor Roll designation. Notably, the company has also achieved double-digit growth in each of the years since its founding in 2001.

A customer retention rate in the mid-90s, is an important factor in eMazzanti’s sustained double-digit revenue growth. The company employs a number of measures to boost CSAT scores, including 24/7 network monitoring technology to proactively fix many customer problems before they are even aware of them.

Strong retail sector revenue growth of 200% for the three years ending December 31, 2014 contributed to overall revenue growth of 129%. eMazzanti continues to add IT products, services and capabilities for retailers to continue the growth trend and provide retailers with a single-source technology partner.

Since March 2015, eMazzanti announced that it is offering EMV Chip and Pin technology migration services, credit cards for testing and training, and full merchant services and joined the PCI Security Standards Council as a Participating Organization.

Companies making the list are ranked according to the percentage growth of their annual revenue over a three-year period using 2011 as a base year. To qualify, companies must have been founded and generating revenue by March 31, 2011.