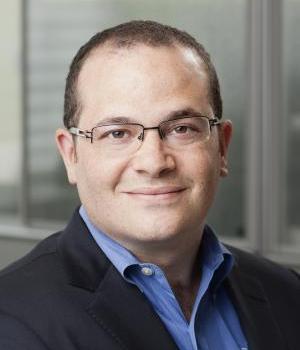 Hoboken IT entrepreneur honored by the world’s most prestigious business awards program, Entrepreneur of the Year, in New Jersey Region

Hoboken, New Jersey ­- (Cision) May 10, 2017 –  EY today announced that Carl Mazzanti, President and Chairman of eMazzanti Technologies is a finalist for the Entrepreneur Of The Year® 2017 Award in the New Jersey Region.  The awards program, which is celebrating its 31st year, recognizes entrepreneurs who are excelling in areas such as innovation, financial performance and personal commitment to their businesses and communities.

Carl Mazzanti was selected as a finalist by a panel of independent judges. Furthermore, award winners will be announced at a special gala event on June 29, 2017 at the Hyatt Regency in New Brunswick.

“I’m honored to be recognized by EY,” stated Mazzanti. “It’s a reflection of the tremendous opportunities I have been afforded, the support of my clients and employees, and the excellent business climate here in Hoboken and the State of New Jersey.”

Carl Mazzanti and his firm have also been recognized by several other prestigious organizations in the past year. In addition, Carl was named to the 2016 ChannelPro-SMB 20/20 Visionaries list of 20 influential and farsighted MSPs and SMB partners, while eMazzanti was ranked 11th on After Nines Inc.’s ChannelE2E Top 100 Vertical Market (retail) MSPs list.

eMazzanti Technologies was ranked 150th on the 2016 MSPmentor 501 Global Edition, an annual ranking of the world’s top managed services providers, and named as one of 200 Top U.S. Microsoft Partners by Redmond Channel Partner. Finally, the firm also made the Inc. 5000 list in 2016 for the seventh consecutive year.

Entrepreneur Of The Year® Program

Now in its 31st year, the Entrepreneur Of The Year® program has expanded to recognize business leaders in over 145 cities and more than 60 countries throughout the world.

Founded and produced by EY, the Entrepreneur Of The Year Awards are nationally sponsored in the US by SAP America, Merrill Corporation and the Ewing Marion Kauffman Foundation.

About Entrepreneur Of The Year®

Entrepreneur Of The Year®, founded by EY, is the world’s most prestigious business awards program for entrepreneurs, chosen from an independent panel of judges including entrepreneurs and prominent leaders from business, finance, and the local community. The program makes a difference through the way it encourages entrepreneurial activity among those with potential and recognizes the contribution of people who inspire others with their vision, leadership and achievement. As the first and only truly global awards program of its kind, Entrepreneur Of The Year celebrates those who are building and leading successful, growing and dynamic businesses, recognizing them through regional, national and global awards programs in over 145 cities and more than 60 countries. ey.com/eoy

EY is a global leader in assurance, tax, transaction and advisory services. The insights and quality services we deliver help build trust and confidence in the capital markets and in economies the world over. We develop outstanding leaders who team to deliver on our promises to all of our stakeholders. In so doing, we play a critical role in building a better working world for our people, for our clients and for our communities.