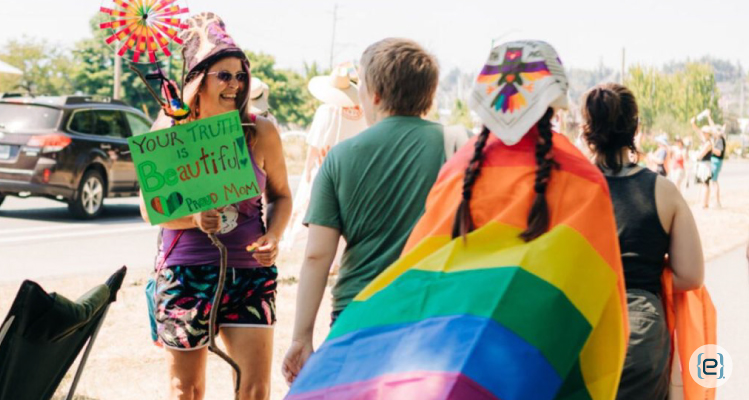 The informative case study relates how Olympic Pride, a small community nonprofit on the Olympic peninsula sought to establish a virtual presence during the pandemic. eMazzanti responded quickly and provided customer service to set up the organization and train leadership.

According to the study, the organization increased its fundraising fourfold with Microsoft 365, quickly adapting to operating virtually. The increase resulted from the organization’s enhanced ability to communicate with its community enabled by the productivity and collaboration tools and training provided by eMazzanti.

“By operating virtually as a team, we increased our fundraising fourfold last year,” stated Ellen Caldwell, President, Board of Directors, Olympic Pride. “That’s a huge amount for a small organization.”

Below are a few excerpts from the case study: “Nonprofit’s Fundraising Increased 4X with Microsoft 365 Collaboration Tools from eMazzanti.”

“In March of 2021, eMazzanti licensed Olympic Pride on Microsoft 365. Taylor called Caldwell back within a day or two to put her in contact with the technician who would help her set up the organization. eMazzanti also conducted a training session where they walked Caldwell through the Microsoft 365 Admin Center. Then she understood how to use the tools in the stack, such as email groups, in collaboration with the team.”

“With Microsoft 365, Olympic Pride increased its ability to communicate with its community. ‘And by operating virtually as a team, we increased our fundraising fourfold last year,’ added Caldwell. ‘That’s a huge amount. We’re a small organization, but we went from around $9,000 to over $36,000 this year.’”

“’Now, I’m able to manage a team and collaborate with more people doing various tasks,’ she continued. ‘It’s not just me writing a letter or calling people. We can put a newsletter together, put it on blast, and set up a link for people to come to our website. And we communicate that to them through the simple combination of email, Word, and PDFs.’”

“Caldwell says she would go with eMazzanti again. ‘Gabrielle’s customer service is the thing that makes it for me,’ she explained. ‘She is fantastic, very relatable, easy to work with and fun. For as long as our board decides to use this platform, we will stay with her.’”

Ellen Caldwell is the president of the board for Olympic Pride, a small 501(c)(3) nonprofit organization just across Puget Sound from Seattle, Washington. The group helps to support LGBTQ+ community members on the Olympic Peninsula through awareness, education, and community engagement.

“I’m honored that eMazzanti Technologies selected our organization for a case study,” related Caldwell. “We are very small and our experience with them has been excellent.”

Caldwell joined the organization two years ago to lead a significant restructuring from its original name and brand. According to Caldwell, switching to eMazzanti and a more virtual operation was a huge part of the group’s restructuring.